Beautiful Bergamo, Italy is located east of Milan, at the foot of the Alps and has a population of 140,000. The ancient portion of town, enclosed in 16th-century Venetian walls, boasts many historical and artistic sites, while the lower portion of town sits on the edge of the scenic Po Valley.

The province of Bergamo is one of the richest in Italy. Relatively modern, lower Bergamo is connected by a funicular railway to Bergamo ’s historic area, which is a major tourist attraction and weekend destination for the Milanese.

Greenville’s relationship with Bergamo, Italy dates back to 1984. Interactions were facilitated by the Radicci family, prominent Bergamo industrialists, who provided funding, and by other city officials who were eager for a relationship with Greenville.

Past interactions with Bergamo have included both outbound and inbound delegations, allowing both parties to experience the unique environment and culture of their partner city while building lasting relationships. Bergamo’s business and civic leaders have escorted Greenvillians on a guided tour of their beautiful city. Similarly, Bergamo’s delegates to Greenville were escorted through local historic, cultural and industrial sites.

Greenville’s relationship with Bergamo has resulted in economic gain for both parties. Italian-owned Trattoria Giorgio and Ristorante Bergamo located in downtown Greenville are prosperous and popular restaurants which draw many hungry Greenvillians daily.

To find out more visit:

Bergamo A walk through Art and History 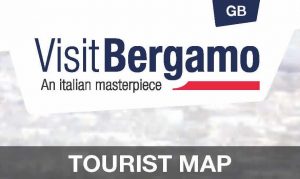 Join us by becoming a member.

This website uses cookies to improve your experience while you navigate through the website. Out of these, the cookies that are categorized as necessary are stored on your browser as they are essential for the working of basic functionalities of the website. We also use third-party cookies that help us analyze and understand how you use this website. These cookies will be stored in your browser only with your consent. You also have the option to opt-out of these cookies. But opting out of some of these cookies may affect your browsing experience.
Necessary Always Enabled
Necessary cookies are absolutely essential for the website to function properly. This category only includes cookies that ensures basic functionalities and security features of the website. These cookies do not store any personal information.
Non-necessary
Any cookies that may not be particularly necessary for the website to function and is used specifically to collect user personal data via analytics, ads, other embedded contents are termed as non-necessary cookies. It is mandatory to procure user consent prior to running these cookies on your website.
SAVE & ACCEPT